In February 2011, National Grid embarked upon a seven-year, £1bn infrastructure project to rewire the Capital, the first major investment in the electricity transmission system in London since the 1960s. The project, known as London Power Tunnels, saw the construction of 32kms of underground tunnels, running from Hackney in the east to Willesdon in the west, and from Kensal Green to Wimbledon in the south. The newly build 10 transmission circuits can now carry some 20% of the Capitals electricity demand and stretched out they would run all the way around the M25. 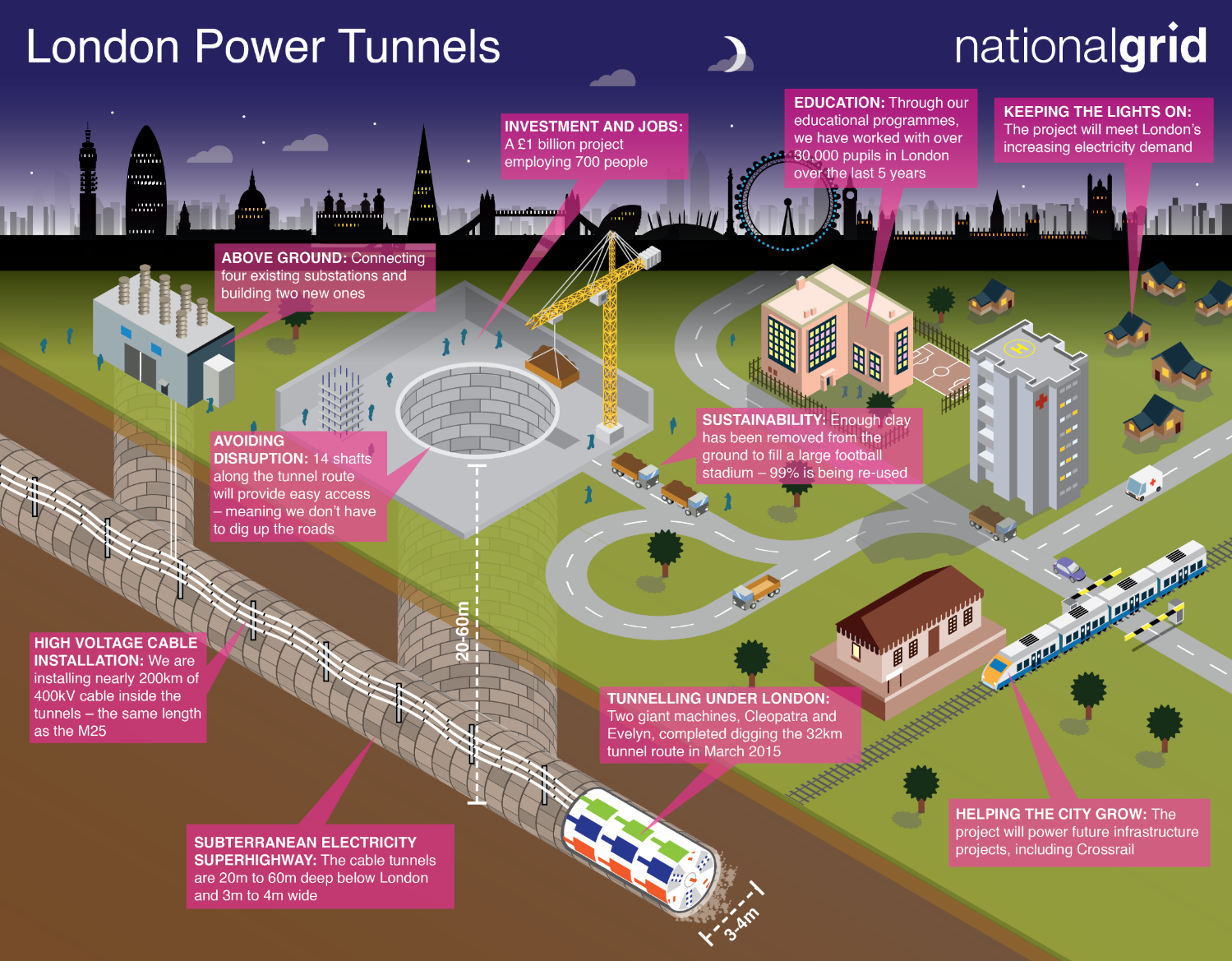 We are proud of the positive legacy we left with phase 1 of the London Power Tunnels project where we engaged with over 30,000 students; it is our aspiration to build on this through phase 2.